In case anyone has been wondering what's been going on with me, here's the short update:

I lost my baby November 9th. She'd lived a number of years with kidney & bladder issues, but she just couldn't do it anymore. Her little 8lb body just gave out. I am totally lost without her and feel completely alone. 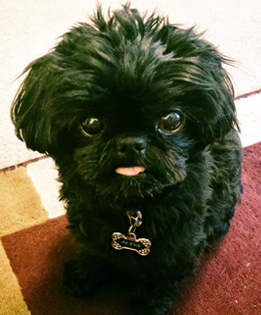 Two weeks after that, I slipped on black ice and have been in continuous pain since then. I was taking Mel's dad to his dentist when it happened. The dentist blew me off and it's been a battle since then to just exist. I spend most nights in an office chair, maybe getting 2-3 hours of sleep in trying to sleep for 9. I walk like I'm 90, when I can walk at all.

I am so over everything. There are no words.

What do you really say when you're not used to talking? I/m not sure I'd even recognize the sound of my own voice. I feel like I have nothing to offer anyone, so I just keep to myself. It's hard to share when you feel so bad and so inadequate.

So just a quick update:

Sux that Orlando's getting a divorce. I really just wanted him to be happy.

I hate bullying and Incognito needs to be banned from NFL.

Lexus drivers in this town need to PARK.

TWO, yes TWO radio stations playing nothing but Christmas musiv in this town is CRAP!

Signing up for ObamaCare SUCKS. Three weeks to get registered and then more BS begins. They need to get their shit together.

I'm SICK of not even having enough money for a softdrink.

I'm SICK of being in severe pain.

And I obviously have anger issues. Naaaa... ya think?

Can anyone give me a referral to:

I hadn't posted in a long time and was a victim of purge. :( I'd be forever grateful if someone could help me out.

And if anyone knows of any music sharing journals that actually offer up music on a regular basis. THe three I'm a member of don't really seem to have anything to offer any more.

You know I'm tired of being forced into doing something I'd rather not. Currently, it's LJ making me post.

I have nothing to say that anyone gives a rats ass about. I'm sick all the time. I can't sleep. I'm in constant pain. I'm tire, cranky and lonely. No one talks to me or cares. I get it. I'm not around, I have no money, and would rather just crawl in a hole and forget it all. Even sis isn't around. I get it.

It's my fault. I don't deny it. But I figure everyone was sick of listening to me because nothing changes. Well, I guess I should say, doesn't get better. Ever. Only worse. It is what it is. Why should anyone else have to listen.

But now LJ is making me post. Even though this is a permanent account. I'm SICK of being made to do crap I shouldn't have to.

Granted, I don't get around much, but I've been a member or three communities for YEARS, and now suddenly I'm not. I supposed they removed me because I've not been around, but I want back in! Can anyone help me? Their e-mail does not work, I get an "invalid" page. Would someone please help me get back in?

Thank you all so much!

Whatever happened to the good old days? V/O were *everywhere*! Now it's so few times I see them, it's almost finding the toy surprise!

The love is still there, right?

And here's a little tidbit to get the excitement up...

All my favorite places are gone or are USENET. GRRRRRRRRRRRRRR.

Can anyone give me good reputable torrent dl sites? The more the merrier!

I'm so sick of snow.

I need some help. I offered up some icons for the auction for sis, and one of the winners has asked for "Leverage" icons. I've only seen one episode and 1/2 of another and aren't really familiar with the show, much less where to find pictures. So can any of you spam me with pics or send me toward some good ones. maybe give me a little insight into the characters? Any help would be greatly appreciated!

Dies anyone know of any music sharing communities, besides volution, lj mixtape and music2share? I'm feeling the need for some tunes, but after looking around, I find most music communities are either dead or only deal in the obscure. Any suggestions? Please? Thanks!

And don;'t forget about the upcoming auction! Thanks flist!
Collapse